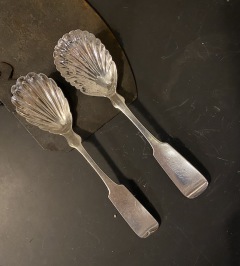 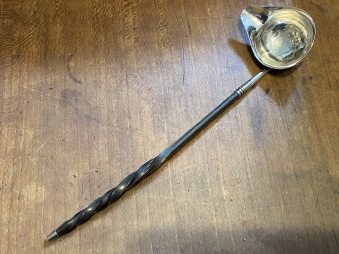 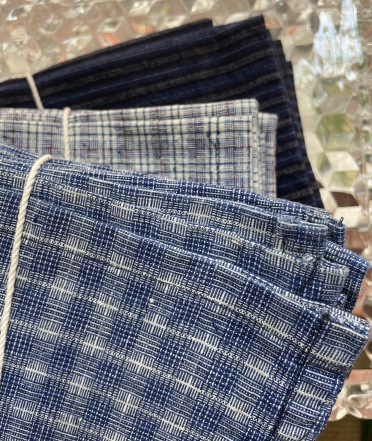 Vintage Chinese cotton is a narrow fabric that was woven on traditional handlooms in small communities and in peoples homes.  A tightly woven thick fabric that is hard wearing. Very rare and beautiful. Cotton fabric is from The Cloth House in London.

all hemmed on all sides: 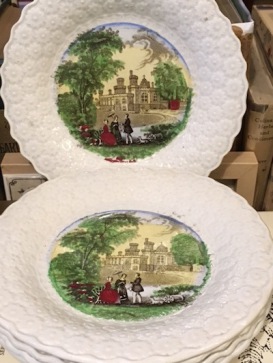 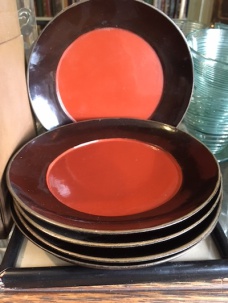 JAPANESE WOOD LACQUERED PLATES. 5 dishes @ 6 3/4” diameter . A deep brown edge with a warm dark orange color and a thin gold edging at the rim. very pretty. These are old -- purchased by me in Tokyo from an antiques dealer several years ago. $400 set. 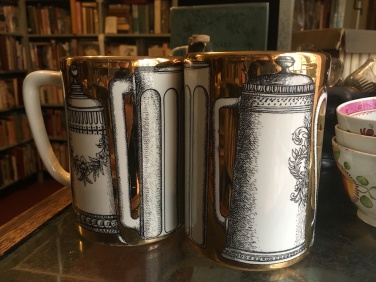 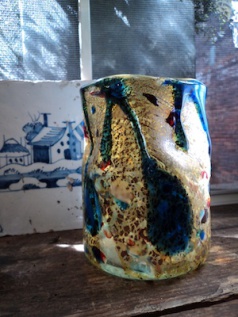 MURANO GLASS. either a drinking vessel or a small vase or maybe a pretty conversation piece. just over 4 1/4 " high and 3" diameter. undulating shape, brilliant translucent colors. I wish I had 6. in perfect condition. perhaps from the 60's. label intact. $600.

Andy Warhol might have approved of my the tchotchke decorations-- old Staffordshire cats. 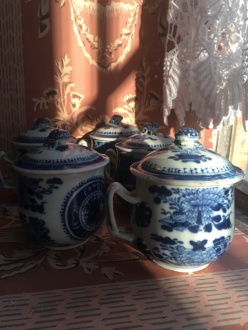 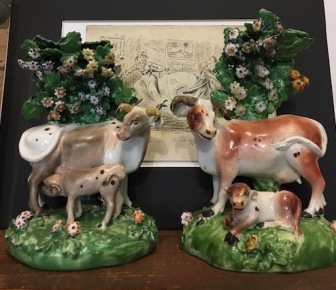 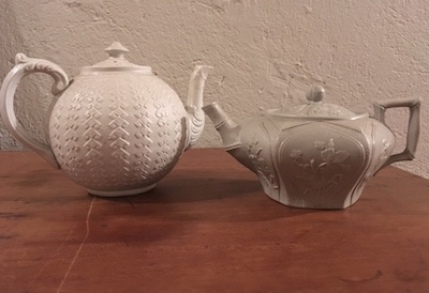 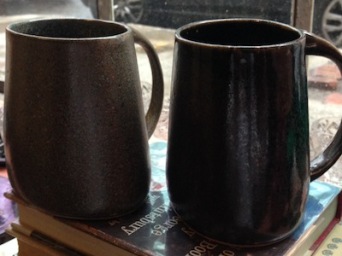 AS NEW IN RIGID BOX.

with the little blue stamp, with the blue rigid box and lightly tinted packing paper.    $400.

13 Copper luster pitchers and 1 small cup. Sold as a group. Impressive, all in excellent condition. All  differing  designs and heights. All in very good condition.  $600. set of 14. 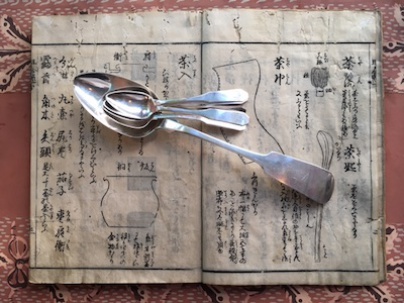 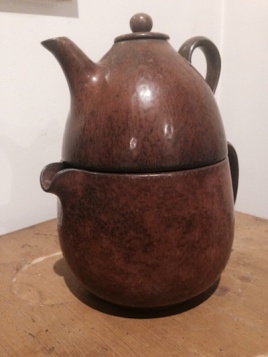 A sturdy 2 piece teapot ca. 1950’s. from the designer Swedish Gunnar Nylund (1904-1997) Often pretty teapots like this are put in a display cupboard and never used. This was in a cupboard. The large base pot would be used for hot water. The spout of the teapot has strainer holes to catch the leaves. Dark brown matte glaze with traces of green under glaze in the lower pot, white  glaze in the inside teapot.  8 ½”h x 5” bottom pot diameter. $600. 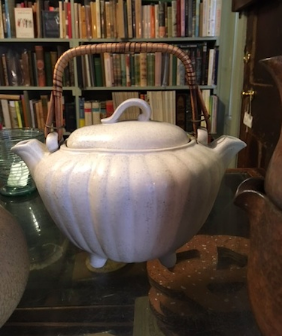 GUNNER NYLUND for Rorstrand. white mat with some darker shadows, original handle. 2 separate cavities in the pot. marked inside. perfect. $650. 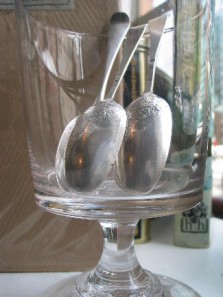 3 STERLING spoons. very early. with a basket of flowers on the back of the bowl of the spoon. just under 4 ½” long, delicate, narrow bowl in shape and size with a double H engraved on the back of the stem. a very pretty little group. English possibly Thomas Dealtry, mid 18th century, with a lion passant. $350. 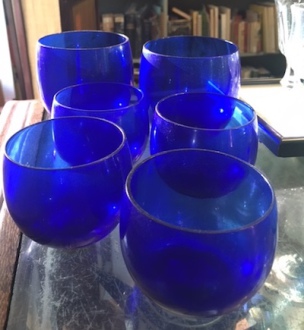 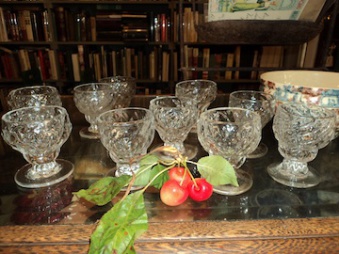 from a description from the Museum of London: Ogee bowl, formed in a mesh honeycomb dip-mould and blown, pinched into basal knop; on conical pad foot. rough pontil mark. rim burst off and flattened on hot surface. see link to the described piece at the Museum and here offered for sale. clear rings in different tones. beautiful. Me, not being a glass scholar I can list descriptions from various sources MOL, Scottish Antiques & The Corning Collection.  gleaned from the WWW from Scottish Antiques:

We have never liked the purpose as described by Corning for Monteith and Bonnet glasses. Certainly very large Monteith glasses with notched rims were used as wine rinsers. Literature says that Monteith glasses were named after a Scotsman Montrigh who wore a coat with a scalloiped hem. This is a bonnet glass, not a Monteith and it is not a rinser. Some authors state that they were used for servinge dried or candied fruits or spices. Personally they serve most very well with a wee nip of whiksy. 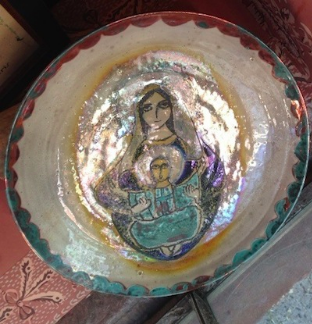 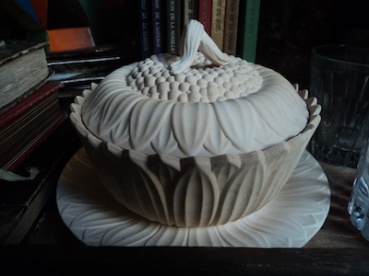 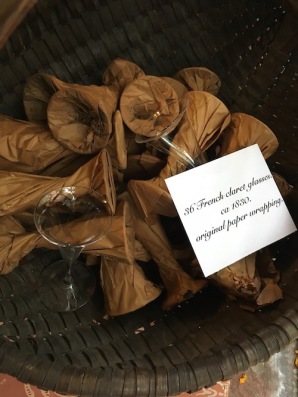